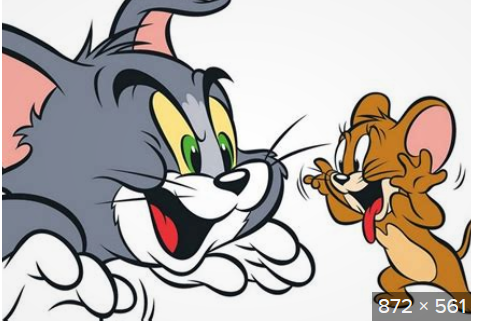 People assume cats are destroying wildlife.  With approx. 10.8 million owned cats in the UK in 2021 there are certainly a lot of cats and there is also not much wildlife left.  Correlation or causation?

Cats undoubtedly decimate populations of wildlife and are cited as having contributed to the decline and extinction of 367 and 63 species respectively (Doherty et al 2016).

However, Cats do most damage when introduced to areas of the world where there are no indigenous cats, especially it seems, island communities whereas they are natural predators in northern Europe.  In the UK we have the Scottish wildcat which would undoubtedly have been more widespread previously.

Cats are generalists, they catch and kill insects, small mammals, amphibians, birds and reptiles.  In the UK these populations have always been predated by cats.  It’s a biological fact that (wildlife) populations do best if predated upon.  Cats keep down populations of other predators such as rats, and also cull the less ‘fit’.

But there are a lot of cats and as we’ve seen, they will catch and kill anything within a size range.  They are also committed hunters, even known to stop eating out of a bowl of food to chase a rat (Ademec 1976).  Thus cats do indeed look guilty, and when wildlife populations plummeted in the 90’s, they came under scrutiny with the mammal society commissioning their 1st cat predation study (Woods et al, 1997).

It needs to be remembered that whilst cats maybe indigenous to northern Europe, domestic cats are not natural populations living in harmony with nature.  They are fat cats. The enormous cat population is artificially supported in that we feed them (see sustainable pet food).  As a result not all cats hunt, because they don’t have to, especially fatter and older cats (Woods et al 1997).

The situation is further complicated in that we humans destroy habitat, drive everywhere, heat the planet and farm intensively with chemicals.  We also artificially control the numbers of other natural predators such as raptors, stoats, weasels and foxes.  All this makes it more complex to judge the impact of cats on wildlife.

Are cats guilty of destroying wildlife? The rspb say there is no scientific evidence:

The RSPB cite recent estimates from the mammal society suggesting that cats in the UK are responsible for killing up to 100 million prey items over spring and summer.  27 million of these are birds with the most frequently caught:

This is only the number of prey items which were known to have been caught, we don’t know how many more the cats caught, but didn’t bring home, or how many escaped but subsequently died.

The RSPB go on to explain that the mammal society surveys show populations of bird species most abundant in gardens tend to be increasing, despite the presence of cats. For example, blue tits, the second most frequently caught birds, have increased by more than a quarter across the UK since 1966.  Of the birds most frequently caught by cats in gardens, only two (house sparrow and starling) have shown declines in breeding population across a range of habitats during the last six years.

Despite the large numbers of birds killed by cats in gardens, The RSPB can find no clear scientific evidence that such mortality is causing bird populations to decline. Many millions of birds die naturally every year, mainly through starvation, disease or other forms of predation. There is evidence that cats tend to take weak or sickly birds and of the millions of baby birds hatched each year, most will die before they reach breeding age. This is also quite natural the population should only need to replace itself.  The RSPB suggest that if cat predation was additional to these other causes of mortality, then this could have a serious impact on bird populations.

The RSPB point out that the bird species who’s numbers have undergone the most serious declines in the UK (such as skylarks, tree sparrows and corn buntings) rarely encounter cats, so cats cannot be causing their declines. Research shows that these declines are usually caused by habitat change or loss, particularly on farmland.

The RSPB go on to emphasise the importance of garden providing breeding habitats for at least 20 per cent of the UK populations of house sparrows, starlings, greenfinches, blackbirds and song thrushes four of which are declining across the UK.

For this reason they suggest it would be prudent to try to reduce cat predation as, although it is not causing the declines, some of these species are already under pressure.

The RSPB describe cat predation as a problem when people with free roaming cats live next to scarce habitats such as heathland.  Here predation by cats could damage species with a restricted range (such as cirl buntings) or species dependent on a fragmented habitat (such as Dartford warblers on heathland).

‘Ferals’ are those cats that live without any human help at all, making it likely that this demographic kills the most wildlife as they are not fed elsewhere.  It seems that many urban, unowned cats are also fed by people (Webb 1995)

There are measures that people are already commonly taking to reduce cat predation.

Measures to limit impact of cats on wild life:

There are an incredible 10.8 million pet cats in the UK and it does make sense to limit their numbers

If people are to keep their cats indoors to protect wildlife or in over night, they will need to make extra effort to enrich their cat’s environment and keep their cat entertained if not allowed out see ‘indoors or out doors what’s best for your cat’ article

Correlation not causation: to my mind the above evidence largely clears cats of doing the damage to wildlife.

It’s us, humans, who are destroying the wildlife!

However, whilst in balance it looks like ‘correlation not causation, we might need to manage cats in certain areas to help wild life  We need to ‘hold the space’ until we as species do what really needs to be done to save wildlife, our cats and ourselves.

Meanwhile, managing our cats better to support wildlife numbers in the short term will function as a ‘holding action’ making this what we should be doing!

Cats are useful! When we had Smog we had no rats when Smog died we got rats until we got Prince.

Adamec, RE. 1976 the interaction of hunger and preying in the domestic cat (felis catus): an adaptive hierarchy? Behavioural Biology, 18, 263-272